For some reason I picked up a daikon the last time I was in Heinen’s.

Ottolenghi recipes tend to use lots of ingredients and I didn’t have them all so I made some substitutions.

This led to an experiment that will become part of my salad topping routine - I used pumpkin seeds instead.

Pumpkin seeds, for me, are like turkey at Thanksgiving. I love roasting pumpkin seeds at Halloween but don’t think to prepare them the rest of the year. At Halloween I’m using the seeds from the fresh pumpkin so they’re there and convenient, but why not buy raw seeds and toast them for recipes.

So I did. It was wonderful. 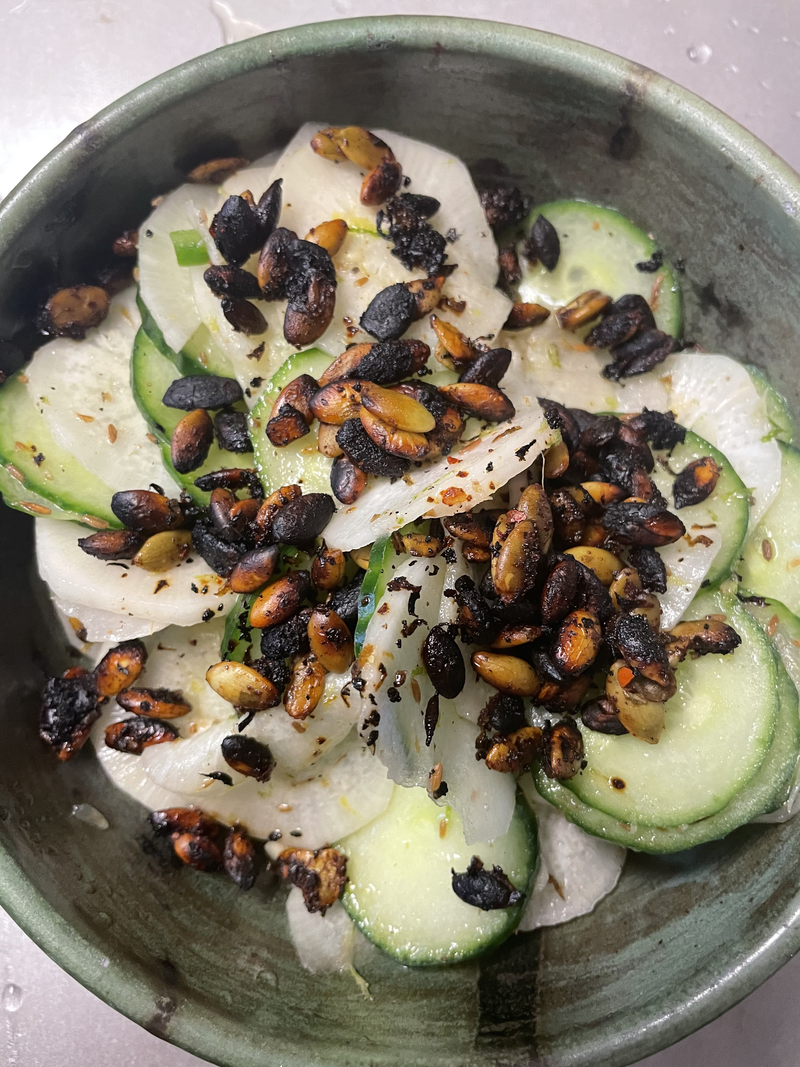 This is my adaptation of Ottolenghi’s recipe

Toast the cumin seeds, mince the garlic, zest the limes, and dice the jalapeno. Put them all in a bowl with the olive oil and the juice from the limes and mix. Add salt and pepper to taste.

Heat a pan over medium low.

Add the pumpkin seeds to the pan.

Zest the lime and add the zest and juice to the pan along with the spice, molasses, and olive oil.

Stir and cook until dark and fragrant but not burnt. Take off the heat and put in a bowl to cool.

Toss the dressing with the base ingredients.

I think the seeds lose their crunch if you toss them with the salad, so I sprinkle some on top once the salad has been plated.

Or put a bowl of the seeds out with a spoon next to the bowl with the salad and let people serve themselves.